NRDWP rejuvenated the appetite of development of Dwari inhabitants

Situated at a height of about 1750 meters above sea level, this village in Bhatwari block of Uttarkashi district is quite beautiful in terms of natural beauty. Once the name of this village was discussed in the name of the earning and the famous Dwari Farm of the Horticulture Department, but the farm now looks like barren. The inconsistency of government policies – run the government or give it to the public, private mode, has not only highlighted the plight of the Dwari farm, but many farms of the district which were once famous for their beauty and production, have come to a dying state. Well, we are discussing something else here and that is the rejuvenation of the village by the scheme of water and sanitation. 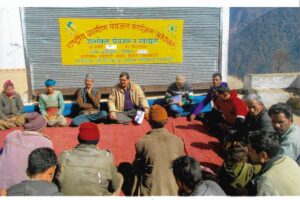 At the time of commencement of the project in 2014, with a population of 582 of 90 families, the villages which mainly depends on cultivation of potato, wheat, amaranths, barnyard millet, soyabean, and finger millet for livelihood, not only was the place struggling with public filth of animal and human excretes, but 80 percent of the families in the village were also worried about the scarcity of drinking water. In addition to cattle dung on the paths of the village, it was very difficult to roam through the smell of human feces.  Although there is an evergreen source of water near the road below the village, besides filling water at that source, along with feeding the animals, the women of the village also washed the clothes, due to which the source was quite dirty. Due to the village being above the source and the practice of open defecation, there were strong possibilities of pollution of water by human feces. Apart from this, the distance of the source from the scattered hill houses was also enough, due to which the work of women, whose extra work is to carry water, also increased. 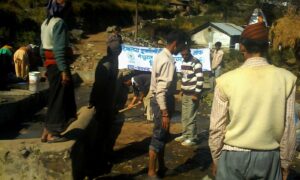 There should be no reason for economic distress of villagers who are full of natural resources. But when during the last quarter of 2014, our facilitators visited there for a feasibility study, it was found that the living of most people is full of dirt and poverty. Their routine and way of working felt that this situation is due to lack of proper planning of resources available to them. Courtesy of the National Rural Drinking Water Program of the Government of India, the project started with the mutual cooperation and coordination of DPMU (Swajal) Uttarakashi, HETONA-NGO and Gram Panchayat Dwari. The facilitators of the organization were determined that the project could not be successful without changing the way of living of the residents of Dwari. Along with various trainings on water and sanitation, emphasis was also laid on better identification and planning of livelihood promotion opportunities.

After detailed discussion with the villagers, in addition to the User Water and Sanitation Sub-Committee (UWSSC), groups of women were also formed. Where the committee of water surveyed the connection of tap water in every house from source selection of drinking water scheme to clear water reservoir and distribution line with the help of facilitators of HETONA which included junior engineer, community organizer etc. and a detailed project report of Rs. 1699590 was prepared which was approved by the District Project Management Unit (DPMU) from District Water and Sanitation Committee (DWSC). 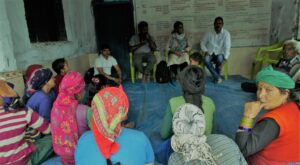 Also, an action plan was prepared to construct toilets per household. Remember that before 2014, there were only 3 toilets in the village, which remained deodorant without use and cleanliness. Through training, there was a lot of awareness about the health, hygiene and cleanliness of women. Along with building toilets, women also decided to build bathrooms, due to which they could get privacy for bathing and they could take more bath. Before that, women had to take a bath in an open area near their house, and in order to save their shame, a woman member of the house had to be guarded until she bathed and wore clothes.

The water scheme was completed by the beginning of 2016 due to the continuous participation of the villagers, especially women. Hundred percent toilets were constructed by the end of 2017 due to several meetings in the village, cleanliness drive, healthy home survey and special interest of women and the village became open defecation free. This project had the following effect: