(a) Swajal :  A demand driven and community participatory based  rural drinking water and environmental sanitation project jointly sponsored by World Bank, Government and the  community, 84%, 06% and 10%  share of each respectively was a innovative one and HETONA started providing intermediary services to this project from 1998 onwards. The project envisaged three stages; planning, implementation and operation and maintenance. The support organisation’s role was to make community especially beneficiaries aware through various participatory methods, organise and train them in groups to first identify their problems, make plan and implement it. Apart from supply of drinking water, health, hygiene and environmental sanitation were also an integral part of the project. In total HETONA worked as a support organization with DPMU Uttarkashi in 8 GPs-Bangaon, Kaprada, Badli, Sira, Banadi, Bankot, Jaspur and Gailari. The programme was very successful and in Gailari WB team also visited and praised the organisation’s work. See the photographs below: 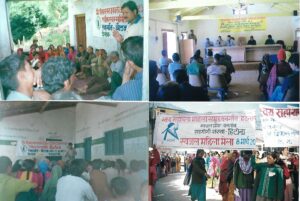 A World Bank team visited Village Gailari of Chinyalisaur block and praised the community mobilisation and capacity building of the user group. In each and every GP awareness was taken vigorously as a result of which community got prepared to their w/s schemes as well as household sanitary latrines and compost pits. Community also contributed 10% towards the cost of the project. 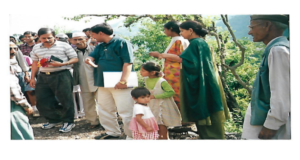 During same year, the swajal project celebrated women’s day 8th march in which the first lady to climb Mt. Everest, Ms. Bachindripal was invited. Hetona organized women big number of different self groups to participate in it. 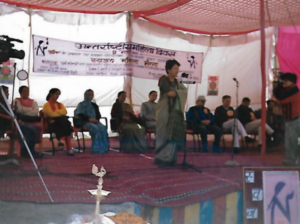 (b) Swap (Sector wise approach): SWAp in fact is an enhanced form of swajal (rural drinking water supply    and environmental sanitation project). The government of India has received a credit from international development association (IDA) towards the cost of Uttarakhand rural water supply and sanitation project. The project is based on a sector wise approach rather than a project specific basis. SWAp essentially represents an approach wherein most significant public funding for the sector supports a single sector policy and expenditure programme under government leadership adopting common approaches across the sector, utilizing existing institutional systems and indigenous resources and progressing towards relying on a government procedures to disburse and account or all public expenditures, however funded. To put it explicitly, SWAp means a state investment programme to achieve the vision goals of RWSS for the next five years.

The project consists of three components: 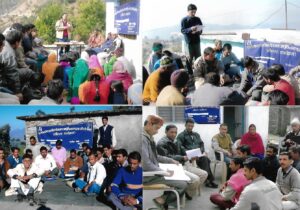 In District Uttarkashi too, a number of capacity building activities were undertaken. Below is scene of UWSSC training at Barkot:  See the photograph below: 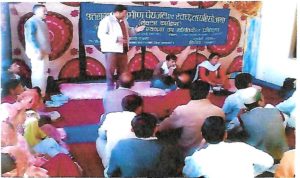 Apart from this a number of activities were undertaken to sensitize and build capacity of the community of which training on water testing, sanitation, group discussion and transparency were very important. See the photographs below: 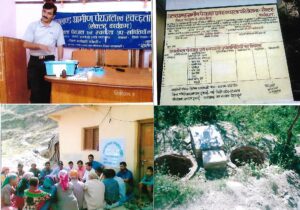 (c) Water and Sanitation (SGP under UNDP): The project envisaged for Bagi Badalda villages on swajal pattern was sponsored under small grant project of water and sanitation head by UNDP. It in fact was a pilot project in which HETONA played a role of grass root implementing agency whereas WAPCOS a consultant. The project implemented successfully as water scheme now completed it design period and still functioning well. Bagi and Badalda community also constructed 100% toilets and villages are open defecation free. 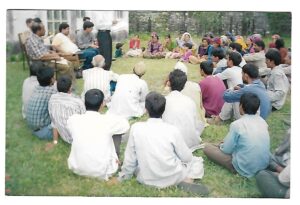 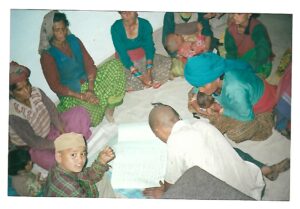 (d) NRDWP:National rural drinking water programme is a government of India programme on drinking water which aims at providing safe and potable water permanently to each rural household for drinking, cooking and other basic domestic necessity. This programme is also based on cost sharing and being implemented on SAWp pattern. HETONA entered agreement with DPMU in 04 GPs namely; Mkhwa, Dwari, Kiyari Dashgi and Ktakhan and successfully provided its intermediary services to mobilise; train and capacity build of the community. As a result W/S as well as toilets was constructed on qualitatively. Look at the following pics: 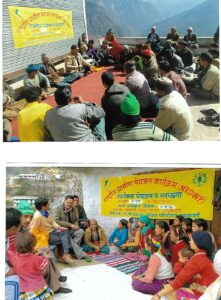